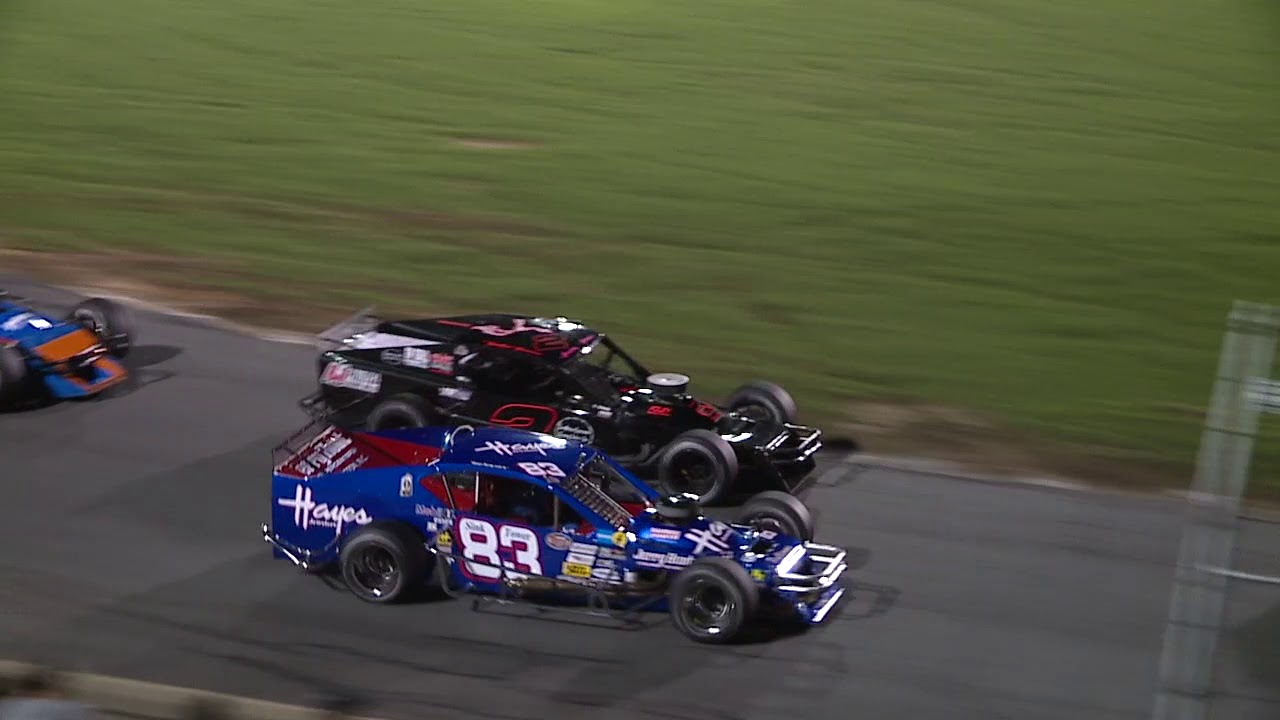 Last week was very, very good for the Myers brothers. There were two 25-lap races at Bowman Gray, with Burt Myers winning the pole and the first race and Jason winning race number two. After two weeks of racing, Burt Myers is leading the pack with 100 points. Tim Brown is third with 88 points, George Brunnhoezl III is sixth with 72, Jason Myers is close behind in seventh with 70 and Jonathan Brown is tenth with 64 points.

But it's another week and another racing format. It's a 100-lap race with a fan's challenge and the winner walks away with 50 points. The fans challenge is pretty ingenuous. The top four qualifiers have the opportunity to take the challenge and start the race at the back of the pack. If they make it back into any of the top four positions by the checkered flag, they win a share of a $3,000 pot. If they decline the fan challenge, they join the rest of the drivers and pull their position out of a bag.

Despite both having won last week, both Myers brothers spend the week tweaking their cars. Last week Jason added weight to the front end, which helped a bit. But this week he's also installing softer shocks, hoping that all of these adjustments will make the car a bit faster in the turns.

It's three days until the race and Tim Brown is frustrated. He learned last week that while his left wrist and thumb will need surgery following his week one crash, he can put it off until the season is over, But in the meantime he's wearing a wrist brace and working through the pain. Which makes his efforts to work on his car a bit challenging. Brown is frustrated with his season so far. He's won ten championships-the most of any racer. But so far this season there have been three races and a Myers brother has won all three of them.

George Brunnhoezl III is a third-generation racer but he's new to Bowman Gray. And as he explains, this track is different than any other one in the country. While he's doing okay in the points race, he's not happy with the car's performance. So he and his crew are spending time at another nearby racetrack trying to get a bit more experience and time to tweak the car. Part of the challenge is his car is one of the few at Bowman Gray using a spool rear end. Which means the left and rear right tires move together. That makes the car a bit easier to control when you're hit from behind. But it makes the handling tighter and the car harder to turn. Which means you tend to drift up the track in the middle of the corners, impacting your speed and lap time.

And now its race day. First it's the qualifying runs and at Bowman Gray, the points leader has to do his qualifying run first. Burt Myers has won the pole the first two weeks, so he has to be considered a favorite. But when it's over, it's Bobby Measmer Jr winning his first pole. Jonathan Brown is number 2, followed by Burt Myers, Brandon Ward and Jason Myers. Tim Brown is sixth and George is 13th. So then the question becomes...will any of the top four take the fan challenge? Brandon says no. So does Burt Myers. But Jonathan Brown says yes. And so does Bobby Measmer Jr.

The rest of field - along with the two top qualifies who declined the fan challenge - will get their place in the field based on a redraw. But because of driver superstitions, they all send a crew member or friend to draw for them. When the drawing is done, George is on the pole, with Tim Brown next to him in the #2 spot. Burt Myers is in the fourth position and Jason Myers is #10. Johnathan Brown and Bobby Measmer Jr. are at the rear of the pack in positions #17 and #18.

George Brunnhoezl III takes an early lead and that holds until midway through the race. Burt Myers passes Tim Brown and goes into 2nd place on lap 42. About halfway through the race, Bobby Measmer spins out of the race and Burt Myers is able to pass George and takes the lead, with Jonathan Brown in third. Jonathan Brown loses out on the $3,000 prize when his car breaks down with 15 laps left to go. That caution flag gives Tim Brown the chance to sprint past Burt Myers for the lead. And that's how the race ends. Tim Brown #1, Burt Myers #2, George Brunnhoezl III is 6th, Jonathan Brown finishes 10th and Jason Myers finishes in a frustrating 11th place.