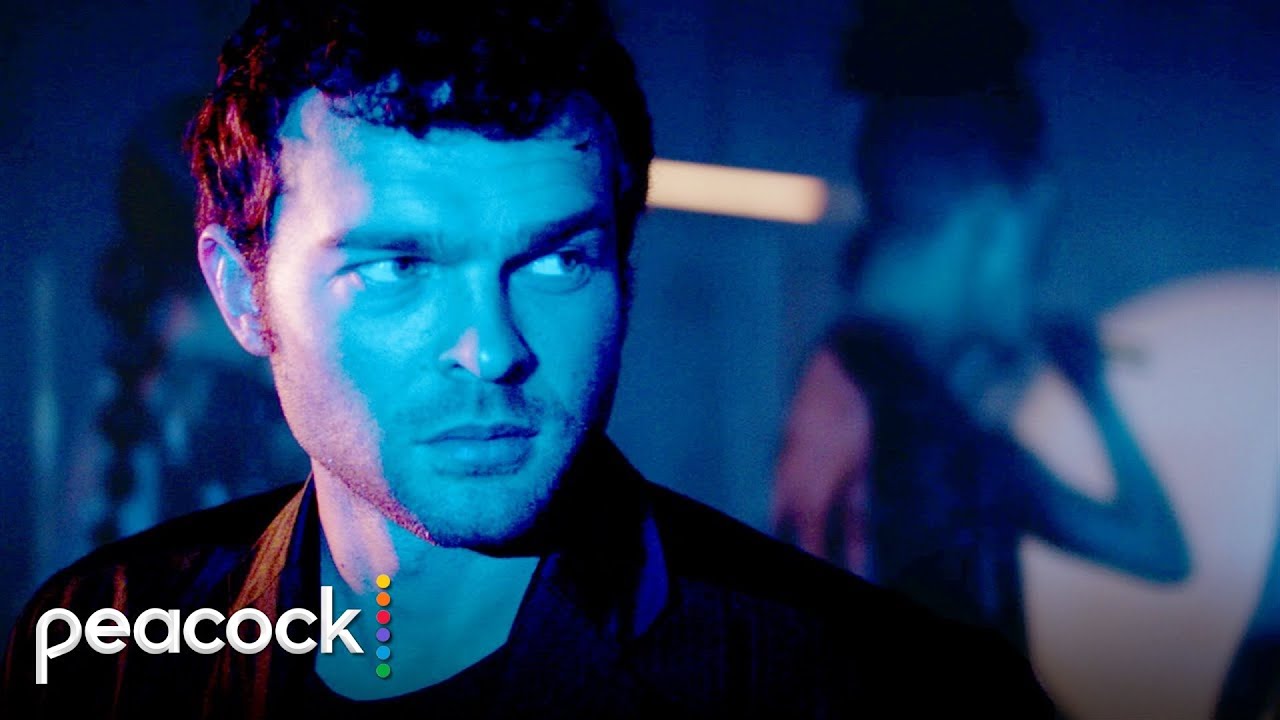 Here's everything you need to know about the world of television for Tuesday, July 14th, 2020. I'm writing this from the Twin Cities, where AllYourScreens HQ is powered by coffee and canned chili.

PEACOCK LAUNCHES TOMORROW
The last big major media company streaming service launches tomorrow and like rival HBO Max, it is likely doing so without access to Roku and Amazon Fire TV customers. Negotiations are apparently continuing, but neither side seems especially optimistic about a deal being struck before the launch on Wednesday.

As is the case with HBO Max, the primary sticking point seems to be the question of who controls the user data. In the case of Amazon, that company wants to include NBCU's Peacock as part of its Channels store. Which means Amazon would get a cut of every subscription purchased that way. NBCU is apparently pushing back, noting that Amazon cut a special deal with Disney that allowed Disney+ to launch on Amazon without being part of Amazon Channels.

The dispute with Roku is over ad inventory and that disagreement seems more likely to be resolved. Roku currently takes a percentage of ad inventory from every app it distributes, ranging from 15 to 30%. NBCU wants to keep as much Peacock ad inventory as possible, especially on its free version. Given that this dispute is more about percentages than an either/or decision, I wouldn't be surprised to see Peacock show up on Roku connected devices much sooner than on Amazon TV.

But all of this points to a larger issue, which is the increased importance of AVOD (advertiser-supported video on demand) services. Media companies see these services as a huge growth area and are more hesitant to give up a percentage of what might be a future gold mine. Peacock executives are estimating the ad revenue from the ad-supported free version of Peacock could eventually be in the $4-5 per subscriber per month range. Being asked to give up 20 or 30 percent of that revenue forever is a big ask.

Variety's Todd Spangler has a look at some of the sticking points, including this nugget:

The issues are the extras Roku and Amazon want thrown in, including ad inventory (Roku’s standard ask is 30%), rights to resell services in their channel stores and "free content" for the ad-supported Roku Channel and IMDb TV. Roku also asks for a marketing-spend commitment from partners, which among other things grants their channels preferred placement on the menu. (Roku and Amazon declined to comment on specific negotiating points.)

ADVENTURES IN BAD STREAMING DATA, PART 345
While streaming services don't release specific viewer ratings (and generally, I'm okay with that), they also want good publicity. So they release some datapoint which sounds great, but has no context and no way to judge if it's really an important achievement. Take, for instance, this piece in Indiewire, with a headline that proclaim's Hulu's 'Palm Springs' Hits A Streaming Record:

The records keep on coming for Max Barbakow’s time loop romantic-comedy “Palm Springs.” A spokesperson for Hulu confirms with IndieWire the film broke the streaming platform’s opening weekend record by netting more hours watched over its first three days than any other film on Hulu during the same period. “Palm Springs” launched July 10 on Hulu.

Now I don't want to beat up on Indiewire, because to be honest, if Hulu had reached out to me with an offer of some exclusive non-datapoint, I would have done the story. But let's not pretend this info is even slightly useful. "More hours watched?" Given that "Palm Springs" was the only new original streaming on Hulu last weekend, I would expect that to be the case. Especially given the overwhelming positive reviews. "The most discussed Hulu original film on Twitter?" That's slicing the data pretty specific, don't you think? That's like arguing the film was the most popular title on Hulu last weekend that rhymed with "Malm Strings."

FYI
I am wrapping up a very complex and often annoying update of the AllYourScreens.com web site. There will be a new template that is much more mobile-friendly and I have done a lot of restructuring and updating behind-the-scenes. So over the next few days, you might see some random bad links or missing images and then later this week the site will transition over to the new look. More on the details once it launches, but please be patient since I am both working on the update while still doing my normal writing for the site. But I think you'll be pleased with the final results.

TLC has announced it is premiering "Doubling Down With The Derricos" on August 1st. The show centers around a family with 14 children comprising quintuplets, triplets and two sets of twins -- all of whom were remarkably conceived naturally.

1) Bulletproof Heart Season Three Premiere (MHzChoice)
Gigi Proietti has appeared in a few English-language films, but he's a superstar in his native Italy. He has a varied career as an actor, but he's also known for the being the dubbing voice for actors like Robert De Niro, Sean Connery, Sylvester Stallone, Richard Burton, Dustin Hoffman, Charlton Heston and Marlon Brando. In this series, Proietti plays Bruno Palmieri, a journalist on the edge of retirement who decides to investigating miscarriages of justice and cold cases with previously undiscovered loose ends. Proietti is perfect as the world-weary journalist who fights to feel relevant in a world he feels has moved past him.

2) Hot Ones: The Game Show Season Premiere (TruTV)
On one hand, having a game show in which contestants are asked trivia questions and forced to eat increasingly mouth-scorching hot wings sounds like a genius idea. On the other hand, it also means we're about six months away from people being whacked on the head with a mallet after losing a round of "Twister."

3) Showbiz Kids (HBO)
Written and directed by former child actor Alex Winter ("Bill and Ted’s Excellent Adventure," "Panama Papers"), the film chronicles the personal and professional price of fame and failure on a child. Those who know the industry best, including several successful child actors and two aspiring hopefuls, unpack their own complicated experiences as they reconcile the hardships they’ve faced and sacrifices they’ve made on their way to finding success in show business.

6) We Are One (On est ensemble) (Netflix)
Activists around the world fight injustice and drive social change in this documentary that follows their participation in the music video "Solidarité."