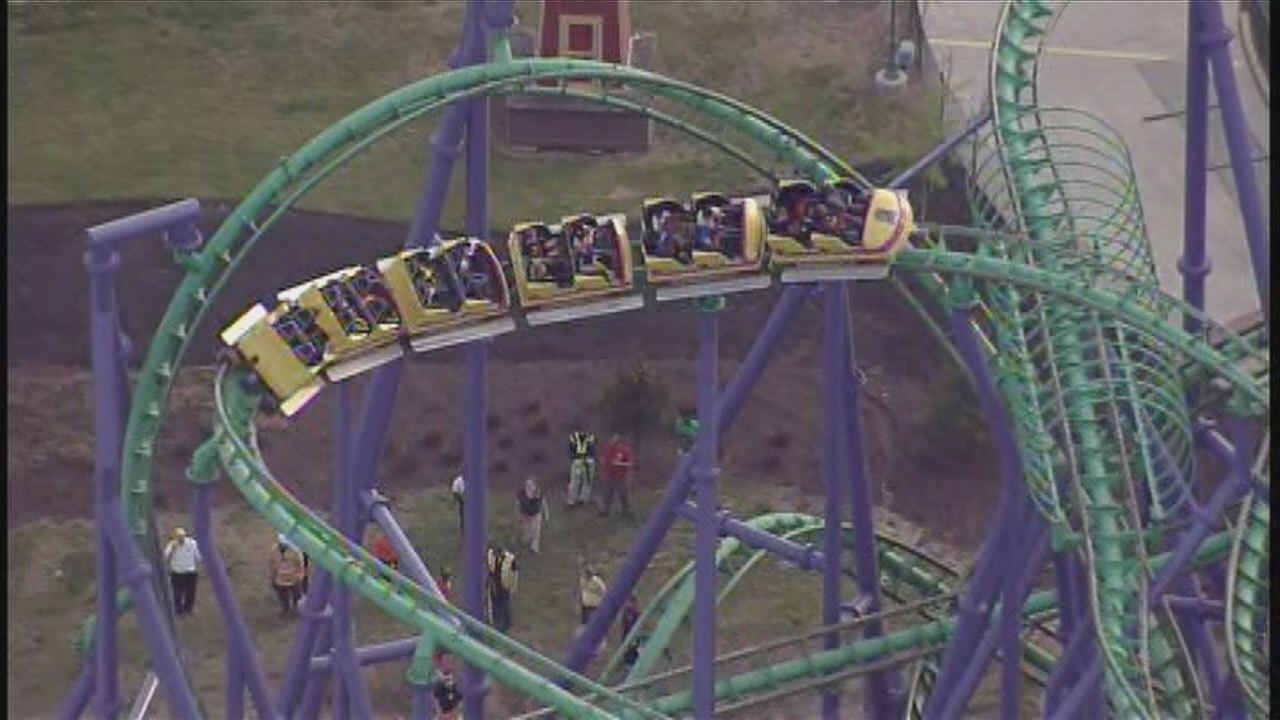 Here's everything you need to know about the world of television for Friday, June 26th, 2020. I'm writing this from the Twin Cities, where AllYourScreens HQ is powered by coffee and an egg sandwich.

WHEN DOES NETFLIX HIT ITS ORIGINAL CONTENT DESERT?
The worldwide shutdown of television production has hit different parts of the business in different ways. The effect on America's broadcast networks was massive - the shutdown literally could not have come at a different time. But the situation for some streamers was a bit less disruptive, since some of those productions are finished months in advance so the entire series can be dropped at once.

That's one advantage Netflix has had in the short-run, since they had so many shows in the pipeline. Early in the industry shutdown I tried to nail down how much stuff Netflix either had completed or would be able to complete in the midst of a pandemic. I ended up with close to 600 hours of programming and that was just the stuff I could verify.

I have noticed Netflix moving up the release of some of its reality programming and I am assuming that is to fill some upcoming gaps in their scripted releases. Still, at least in July they still have a pretty robust lineup of scripted originals, including "Warrior Nun," "The Babysitter's Club," "Cursed," "Signs," season two of "The Umbrella Academy" as well as an original movie lineup that is headlined by the Charlize Theron action movie "The Old Guard."

APPLE TV+ PICKS UP ANOTHER ISRAELI DRAMA
Apple TV+ is continuing its aggressive acquisition of international dramas by picking up the Israeli drama "Losing Alice," which is currently airing on the Israeli cable network HOT. The series was created, written and directed Sigal Avin and stars Ayelet Zurer (Man of Steel, Daredevil) as Alice, a 48 year-old film director who becomes obsessed with Sophie, a 24 year-old screenwriter (Lihi Kornowski). The deal also includes a co-production deal with HOT and Israel's Dori Media.

Apple TV+ has already picked up a number of international shows to help beef up its "originals" slate, including "Slow Horses" starring Gary Oldman, the Amblin Entertainment series "Masters Of The Air," the Israeli series "Tehran," from "Fauda" writer Moshe Zonder, "Shantaram" starring Charlie Hunnam, "Suspicion," which is based on the Israeli series "False Flag" and "Pachinko,"  which is based on the acclaimed novel by Min Jin Lee.

ODDS AND SODS
Six Flags Discovery Kingdom in Vallejo, Calif. is reopening next week but with no rides. The park  will reopen on July 2 as an animals-only experience with various talks from animal care specialists and animal demonstrations at outdoor venues.

NBCUniversal made a deal that puts its Peacock streaming service on smart TV sets made by Vizio and LG when it rolls out nationally on July 15.

Despite the fact that Warner Brothers has pushed back the release date of the Christopher Nolan movie "Tenet" another two weeks, Fortnite is still moving forward today with an in-game screening of three of his movies. Click here to see the start times for "Batman Returns," "Inception" and "The Prestige."

I mentioned last week that Pluto TV had added a few episodes of the CBS All-Access shows "Star Trek: Discovery" and "Picard" to its "Star Trek" marathon. It also recently ran a one-day marathon of episodes from original dramas streaming on the BET+ SVOD and now this week you can check out an episode from the new season of the CBS All-Access original "The Twilight Zone" on Pluto TV Sci-Fi. (CH 661) 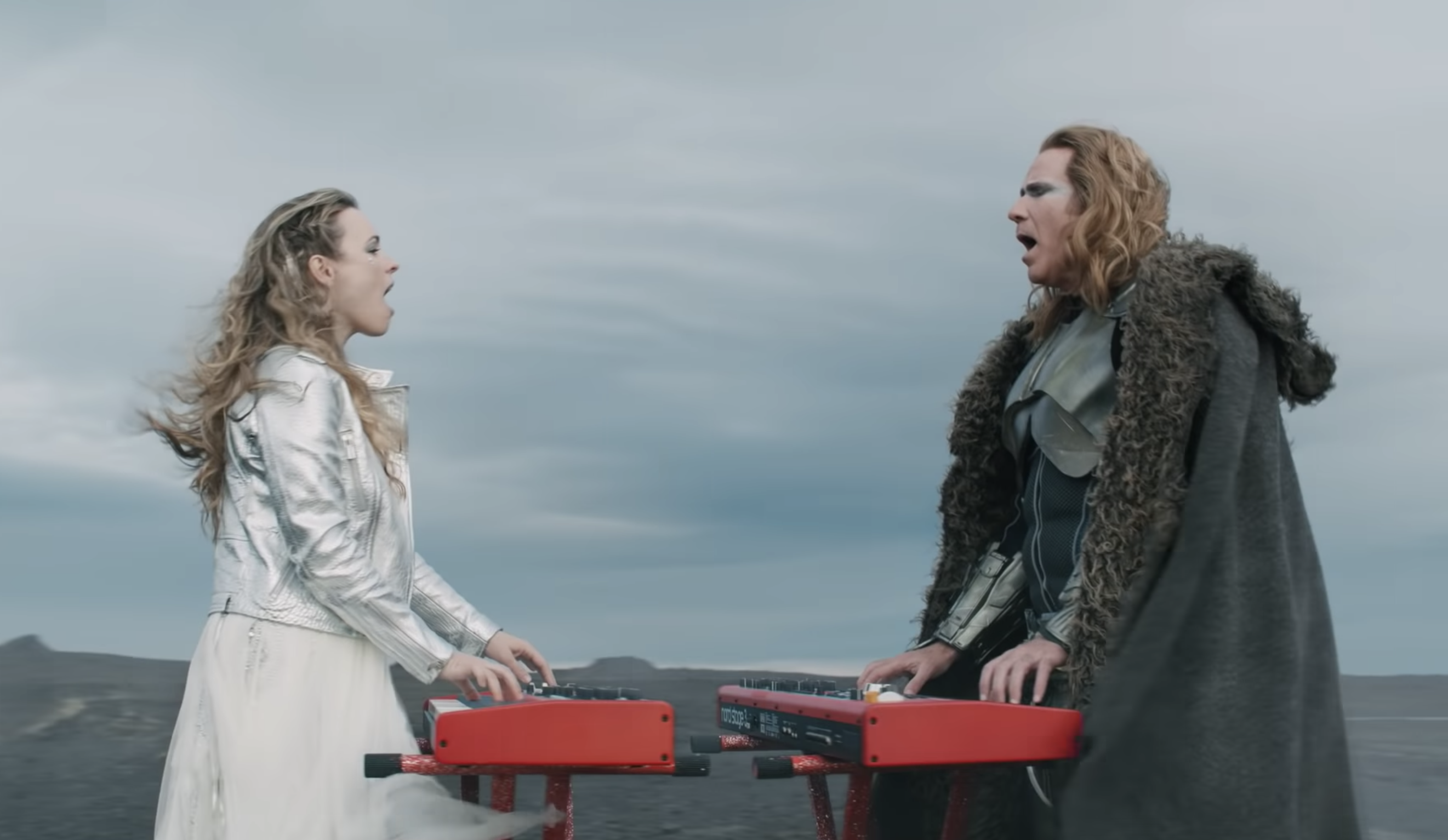 1) Eurovision Song Contest: The Story Of Fire Saga (Netflix)
Two small-town singers seize a chance to fulfill their dream of competing in the world's biggest song contest. Will Ferrell and Rachel McAdams star.

2) 47th Annual Daytime Emmy Awards (CBS)
This will be a "socially-distant" version of the awards, whatever that means.

3) Home Game (Netflix)
From voodoo wrestling in the Congo to roller derby in Texas, this docuseries explores unusual and thrilling sports traditions around the world.

4) Into the Unknown: Making Frozen 2 (Disney+)
"With the clock ticking and less than a year until the world premiere of Frozen 2, the filmmakers, artists, songwriters and cast open their doors to cameras for a six-part documentary series to reveal the hard work, heart, and collaboration it takes to create one of the most highly-anticipated films in Walt Disney Animation Studios’ near-century of moviemaking. For the first time, cameras were there to capture an eye-opening - and at times jaw-dropping - view of the challenges and the breakthroughs, the artistry, creativity and the complexity of creating the #1 animated feature of all time."

5)  Living to Love (Amar y vivir) (Netflix)
After returning home from the military, country boy Joaquín is blindsided by a tragedy that sends him to Bogotá, where he meets aspiring singer Irene.

7) My Spy (Amazon Prime Video)
"The movie follows JJ a hardened CIA operative (Dave Bautista) who has been demoted and finds himself at the mercy of a precocious 9-year-old girl, named Sophie (Chloe Coleman) where he has been sent undercover begrudgingly to surveil her family. When Sophie discovers hidden cameras in her apartment, she uses her tech savviness to locate where the surveillance operation is set. In exchange for not blowing JJ’s cover Sophie convinces him to spend time with her and teach her to be a spy. Despite his reluctance JJ finds he is no match for Sophie’s disarming charm and wit."