Here's everything you need to know about the world of television for Monday, January 13th, 2020. I'm writing this from the Twin Cities, where AllYourScreens HQ is finally recovering a bit after some health problems. I'm glad to be back online on a regular basis and hope that continues. And oh good, I'm even more behind on TV I need to watch.

THE 25TH ANNUAL CRITICS CHOICE AWARDS
If you missed the Critics Choice Awards show last night on The CW (and I'm guessing you did), you can find a complete list of the winners here.

CAN NETFLIX CONVINCE AMERICAN AUDIENCES TO EMBRACE FOREIGN TELEVISION?
Writing about the streaming media world is tough. It's a relatively new business without historical models and it's growing so fast that we will have four major streaming services launching in a six-month period over last fall and this spring. And because it's complicated, media reporters tend to focus on the easier-to-comprehend parts of the puzzle.

A thousand hot takes have been written about the impressive amounts of money being spent by SVOD services on original content. Particularly by industry leader Netflix, which may or may not be spending more than $8 billion a year on new programming.

While the amount dwarfs the content budget for its rival services, focusing on the amount being spent by Netflix obscures the real gamble being made by its executives. Netflix is betting tens of billions of dollars that it can convince English-speaking customers, especially those in America, to fall in love with programs created for a global market.

Netflix is currently available in 190 countries, with China being the only large market where it is currently unavailable. It has more subscribers outside the United States than all of its streaming competitors combined, even with the recent addition of Disney+ and the international plans recently announced by the upcoming Warner Media streaming service.

But aside from its reach, what makes Netflix's global strategy really interesting is that is is spending a substantial percentage of its original content budget on content produced outside the United States. While Disney+ is focusing on rolling out internationally with a content mix of familiar IP & rebooted Disney projects, Netflix currently has about 30 regional programming/production deals in countries ranging from China to Nigeria. It is also aggressively bidding for high-profile projects in individual markets. And all of that content eventually shows up in the American version of Netflix.

The focus of Netflix's content spend is a bit less noticeable overseas, since it still has international content deals on everything from "Star Trek: Discovery" to "The Big Bang Theory." And while that is likely to eventually change as the other streaming services move into new international markets, the U.S. subscribers are much more aware of the growing number of internationally-produced programs in their version of Netflix.

And that's the billion-dollar question for Netflix. Can it convince American audiences accustomed their culture being the center of their entertainment universe to love programs that are often dubbed and frequently based in unfamiliar lands? That cultural question is likely to be the one that will have the most impact on Netflix's subscriber growth and retention in the U.S. over the next five years. 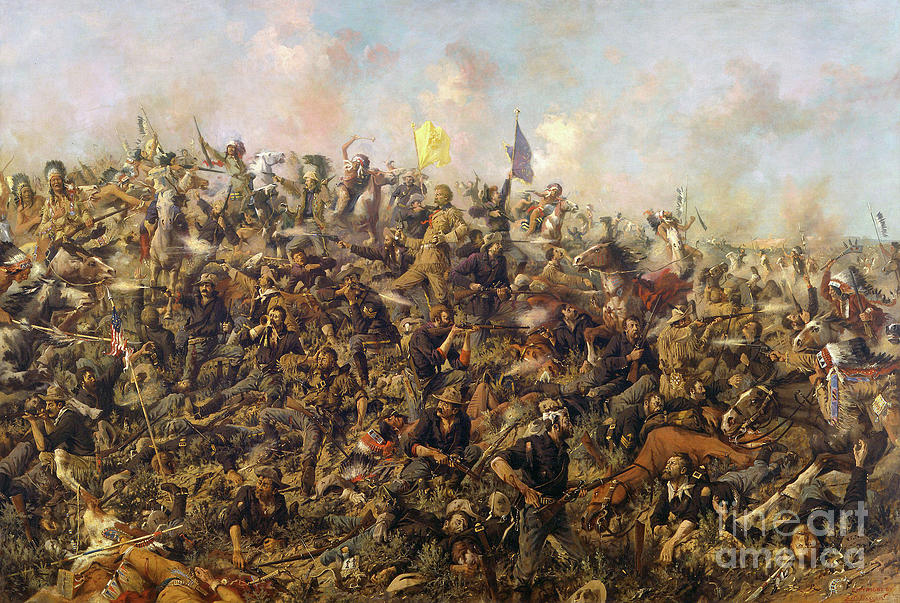 It's another slow night of premieres, but things pick up later in the week.

1) Ackley Bridge Season Three Premiere (Acorn)
As Ackley's Year 13 pupils enter their final year, they all face questions about their future. Nas (Amy Leigh-Hickman) interviews for Oxford and realizes her life is heading in a different direction than her best mate Missy's (Poppy Lee Friar). Kaneez (Sunetra Sarker) must decide whether to take things to the next level with Rashid (Tony Jayawardena). Mandy (Jo Joyner) must deal with a new nightmare boss. The new hot-headed Deputy Head Martin (Robert James-Collier) locks horns with a formidable mother just released from prison, and a new student runs rings around Sue (Charlie Hardwick), the disenchanted and distinctly un-PC newly appointed Director of Behavior whose sharp tongue upsets teachers and pupils alike.

2) Battle Of Little Bighorn (Smithsonian)
The Battle of Little Bighorn lasted nearly 24 hours on June 25, 1876, but the stage had been set decades earlier as settlers, prospectors, and business people began encroaching on Native Americans' sacred land. From the Lakota Sioux facing broken treaties to the attacks that ultimately led up to Bighorn, follow these events unfold. Then, see how this pivotal moment in history marked the beginning of the end of freedom on the Great Plains, the birth of an American cliche, and an ongoing fight for identity against the tyranny of progress.

3) Meet The Frasers Series Premiere (E!)
This “reality-comedy series” follows Matt Fraser, a 28-year-old psychic medium, and his 21-year-old pageant queen girlfriend Alexa Papigiotis.  The two are highly visible local celebrities in their hometown of Cranston, Rhode Island. Matt and Alexa are envisioning big things for their future; Matt’s captivating live reading events are growing more popular and his book “When Heaven Calls” will soon be published. And while Alexa supports Matt on his coast to coast tour, she’s got big dreams of her own. She’s setting her sights on winning her next pageant title and procuring a fabulous engagement ring. This couple is definitely on the rise - as long as their overly-involved families don’t get in the way.

4) The Good Doctor Spring Premiere (ABC)
Following his father’s death, Shaun must deal with the effects his intimacy with Lea will have on his relationship with Carly. Meanwhile, the team operates on a patient who is refusing all anesthesia during surgery for fear of relapsing.

5) The Healing Powers Of Dude (Netflix)
11-year-old Noah Ferris (Jace Chapman) is struggling with a social anxiety disorder that can make the simplest everyday activities feel like he's drowning in quicksand. But after years of homeschooling, Noah bravely decides that he wants to give middle school a chance and perhaps even make some friends he’s not related to. To help him navigate his new environment, his parents (Tom Everett Scott and Larisa Oleynik) get Noah a scruffy, high-energy emotional support dog called Dude (Steve Zahn). While Dude's a novice with a short attention span and a distracting obsession with treats, what he lacks in experience, he makes up for in charm, spunk and wanting the best for Noah. If this unlikely pair can find a way to overcome their differences and work together, they may just survive everything from wisecracking pre-teens to a cat-obsessed school principal and make it through the school year.

6) The New Pope (HBO)
The series picks up where "The Young Pope" left off, with Jude Law’s Lenny Belardo, known as Pope Pius XIII, in a coma. Following an unpredictable and mysterious turn of events, Secretary of State Voiello (Silvio Orlando) succeeds in having Sir John Brannox (John Malkovich), a charming and sophisticated moderate English aristocrat, placed on the papal throne, adopting the name John Paul III. The new pope seems ideal, but he conceals secrets and has a certain fragility, and Voiello immediately understands that it will not be easy to replace the charismatic Pius XIII. Hanging between life and death, Lenny Belardo has become a Saint, with thousands now idolizing him, fueling the contrast between fundamentalisms. Meanwhile, the Church is under attack from external threats and scandals striking the symbols of Christianity and risking irreversibly devastating the hierarchies. As always, however, in the Vatican, nothing is what it seems. Good and evil proceed arm-in-arm towards history, and to reach the showdown, we must wait for the events to take their course.