One of the peculiar effects of the internet is that it provides a meme-driven fame to the most unexpected people. A viral video or a catch-phrase that sparks hundreds of parodies can be enough to make someone a household name. You might not be the next J. Lo or Tom Hanks, but if you're lucky, enough people will find you amusing to provide a bit of income and a small taste of online fame.

Ojai Valley, Calif. taxidermist Chuck Testa is a textbook example of this effect and it all started with a cheap TV commercial. In August, 2011, someone uploaded one of Testa's TV spots to YouTube. It's a goofball commercial in which people were fooled into thinking Testa's taxidermied animals were alive. He would then pop out and say "Nope! Chuck Testa." 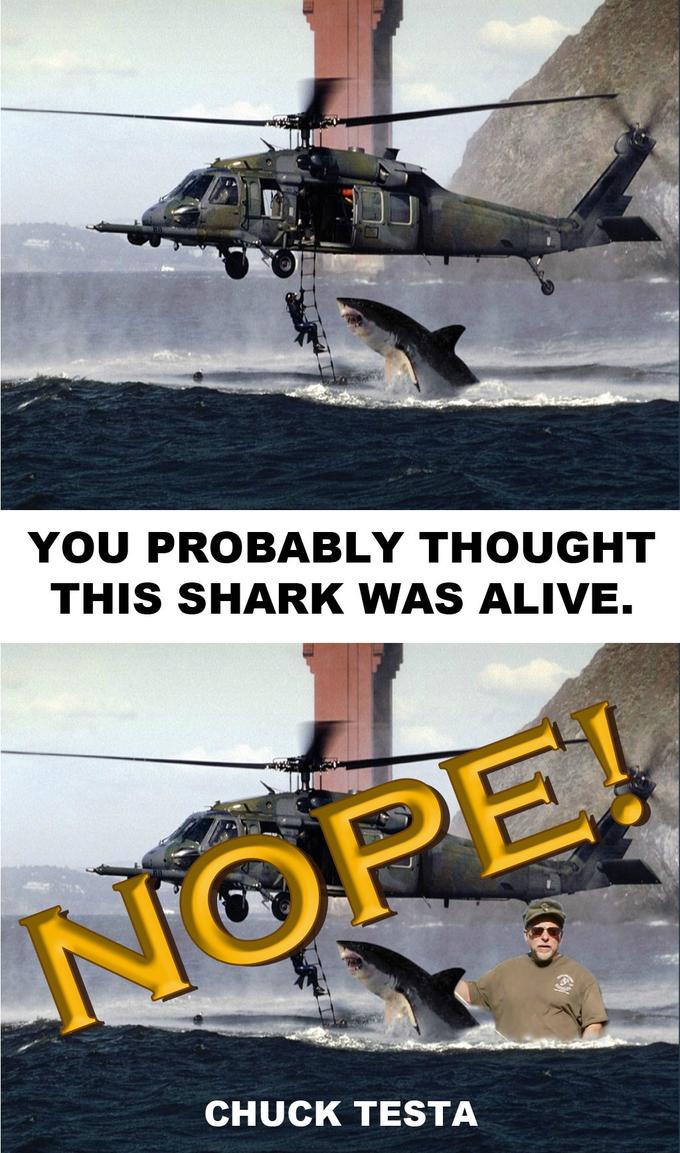 The commercial didn't get attention until someone posted it on Reddit that September, which led to pieces on Huffington Post, Best Feed Ever, Buzzfeed and BoingBoing. The video immediately inspired hundreds of parodies and a second round of coverage from CNBC and the humor-driven web site and YouTube channel Smosh. Within months, the video had garnered more than 11 million views. Testa has continued to post things to YouTube and has become one of those unexpected viral success stories.

Testa now has a show of his own, and if you miss the goofball charm of "Duck Dynasty's" early seasons, you're likely to enjoy the new Carbon TV web series "Mounted: Chuck Testa & Friends." Each of the six episodes feels a lot like other reality TV shows, particularly those with an outdoor sports angle. There's a bit of Testa's business and his clients, but it's primarily a chance for him and his employees/friends to good around and gently insult each other. Testa isn't a natural performer, but he does come off relaxed and slightly cranky, which is really the sweet spot for this type of show. It also helps that each episode runs less than ten minutes, given that in some episodes, not all that much really happens.

While I was familiar with Testa before seeing this show, I hadn't spent any time on Carbon TV. But even though I'm not exactly an outdoor person, there's plenty of quirky little shows to see. For all the complaints about there being "Too Much TV," the truth is that there is really "Too Much Video" and Mounted: Chuck Testa & Friends is a good example of a cute little show that can easily get lost in the glut of new programs.