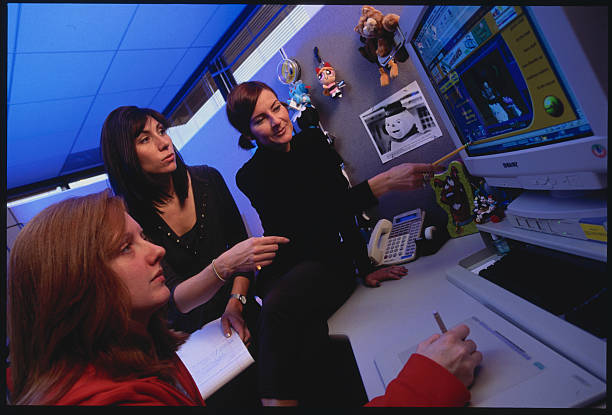 With the debut today of the new Time Warner vertical entertainment destination, Entertaindom(www.entertaindom.com), the company is poised to transform the Internet into a viable business for original branded entertainment programming.  More than ten new shows will debut at the first online entertainment network to launch from a major media company.

Entertaindom will offer a variety of online entertainment, news, information and services - all within a one-stop, personalized destination. Entertaindom will include entertainment news and information from Entertainment Weekly, CNN, Reuters, Variety and other sources, including music and TV stories, movie reviews, hit lists and critics' polls.  It will also feature online services, shopping opportunities and community functions such as e-mail, chat and entertainment home pages powered by AcmeCity, the joint venture between Warner Bros. Online and FortuneCity.com (Neuer Market: FCT). An October survey from research firm CyberDialogue indicates that 73 percent of new Internet users go online looking for entertainment. Entertaindom will help fill that need.

Short-form entertainment rules at Entertaindom, which includes three types of new Web programming: 1) new franchises born on the Web that have the opportunity to cross over to other media such as "The God and Devil Show" or the cult character "Dr. Science," following the studio model for discovering up-and-coming talent; 2) powerful brand extensions with new "webisodic" material developed for perennial favorites such as DC Comics' 3-D "Superman" adventures and Warner Bros. classic animation's "Marvin the Martian"; and 3) re-purposed programming of previously existing material, such as full-length classic Looney Tunes cartoons which will be presented as an exclusive online feature at Entertaindom.

"Entertaindom is an extension of our strategy to harness the consolidated strength of Time Warner's brands in the online world.  It is an exciting entertainment destination which brings together in one location a unique blend of content, commerce and community from both within and outside our company," said Gerald Levin, Chairman and CEO of Time Warner Inc.

"With Entertaindom, we are taking full advantage of what digital technology has to offer to create and enhance consumer experiences that are uniquely suited to the Internet.  Entertaindom features short programs which are as clever, creative and cutting-edge as many feature films and televisionshows," said Richard Bressler, Chairman and CEO of Time Warner Digital Media.

Jim Moloshok, President of Warner Bros. Online and the executive in charge of Entertaindom said, "The new age of the Internet will be dominated by mainstream users looking for familiar brands and well known personalities.  At Entertaindom, not only do we have the advantage of these popular properties, we also have the benefit of Time Warner's marketing support, allowing us tobuild new made-for-online franchises."

The following is a sampling of original short-form entertainment andservices to be found on Entertaindom:

NEW TIME WARNER BRAND EXTENSIONS FROM TRADITIONAL TO NEW MEDIA
--  "SUPERMAN: THE MENACE OF METALLO" (Brilliant Digital Entertainment,
AMEX:   BDE) - A brand-new, weekly 3-D "Multipath Movie" series, with
seven-minute episodes that recreate the thrill of cliff-hanging
serials from the Golden Age of Hollywood, but with a thoroughly modern
look, characters, and sensibility.
--  "MARVIN THE MARTIAN"- (Dot Comix, using Pulse technology)- Only five
Marvin cartoons were created in the 1950s by Warner Bros. Animation;
now with modern technology, Marvin has been brought back to life in
dozens of brand-new minute-long 3-D animated shorts, utilizing the
famous Marvin voice and the original Carl Stalling "Looney Tunes"
musical cues.
--  "RHINO RETRO POP" - A weekly dose of nostalgia, fromic camp
commercials (the first Frisbee ad) to musical montages from the
Monkees (dubbed the "Fathers of the Music Video") to clips of weekly
cult movie award winners picked by the online audience.

NEW FRANCHISES BORN ON THE WEB
--  "THE GOD AND DEVIL SHOW" (Mondo Media) - A weekly and edgy animated
talk show featuring legendary celebrities (parodied by voice
impersonators) who are interviewed by God and the Devil themselves.
Online viewers can vote whether to send each week's featured guest to
heaven or to hell.  Special interactive features allow users to ask
the great questions in life (using a special online "Ask God"
confessional), or to leave a message on "The Devil's Answering
Machine."
--  "DR. SCIENCE" (Dot Comix, using Pulse technology) - A weekly 3-D-
animated program starring a smug, bearded know-it-all in a lab coat.
Fans of the Duck's Breath Mystery Theatre will recognize the cult
figure Dr. Science as the Master of "Mis-infotainment," as he responds
to questions with utmost authority and questionable accuracy.  Online
viewers may submit their own questions each week, such as one recent
example: "Dear Dr. Science: what is the last thing to go through an
insect's mind before it smashes into your car window?"
--  "FLOOPS" - (Dot Comix, using Pulse technology) A weekly showcase for a
hammy 3-D animated bug with a thick New York accent and a "talk-to-
the-hand" opinion on everything, especially the simulated oasis that
he calls home.
--  "SPOOFS N' GOOFS" - Weekly parodies of favorite films and TV shows,
courtesy of "Monkey Minutes" (chimpanzees lampooning Hollywood's
hottest shows) highlight a museum of mistakes, featuring a forum for
legendary  continuity errors and infamous bloopers.